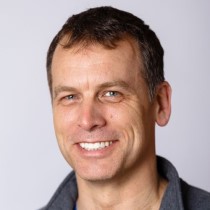 I try my best to keep abreast with new technologies, and as part of that I often start projects to explore those technologies.  Here are a few that I have completed that still exist in the wild today.

I created Chess Tactics for Windows Phone to learn more deeply about mobile development. As of January 2014 this app has over 50,000 downloads, maintains a user rating of 4/5 stars and has been a featured app in the Windows Phone Store.  After 2 years, it is still the game I play most frequently when I have a few minutes to kill.

Chess Tactics for Windows 8 is a port of the Windows Phone version.  I created this version both to learn Windows 8 development and to experiment with different ways of sharing code between somewhat incompatible systems.  As of January 2014 this app has over 50,000 downloads and also enjoys a 4/5 star rating from it’s users.

This is a web application to help small landlords track their rental units, send SMS and emails to remind their tenants about upcoming and/or overdue rent payments.  The project is built using AngularJS, BreezeJS, Asp.Net MVC and WebAPI, Entity Framework and SQL all deployed to Microsoft’s Azure cloud.  This project is still in development.